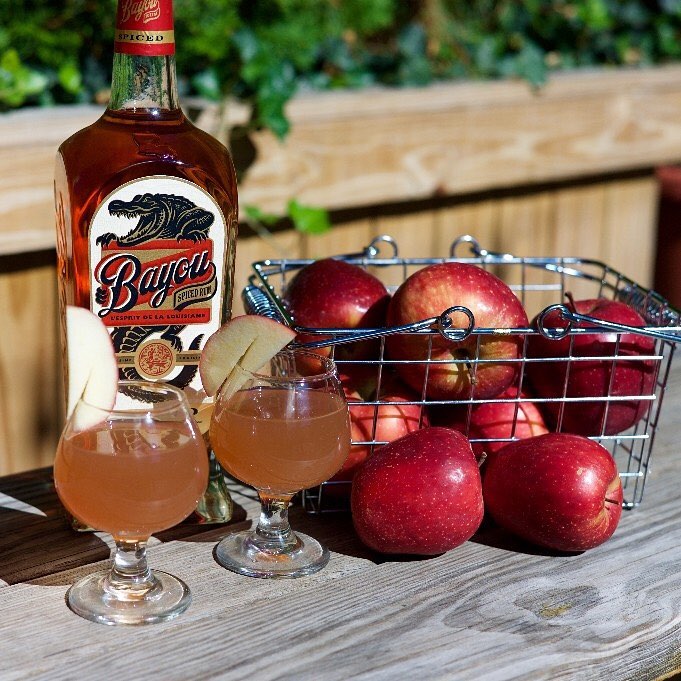 Today I’m tasting another Bayou Rum offering, their Spiced rum! I was plesantly surprised with this one. It has the potential to be a capable spiced rum for all your cocktail needs.

Infused with a complex yet delicate spice blend inspired by the Creole baking traditions Louisiana is famous for. Bayou Rum is rested for up to 30 days with a special blend of creole baking spices, which imparts both flavor and an amber color. 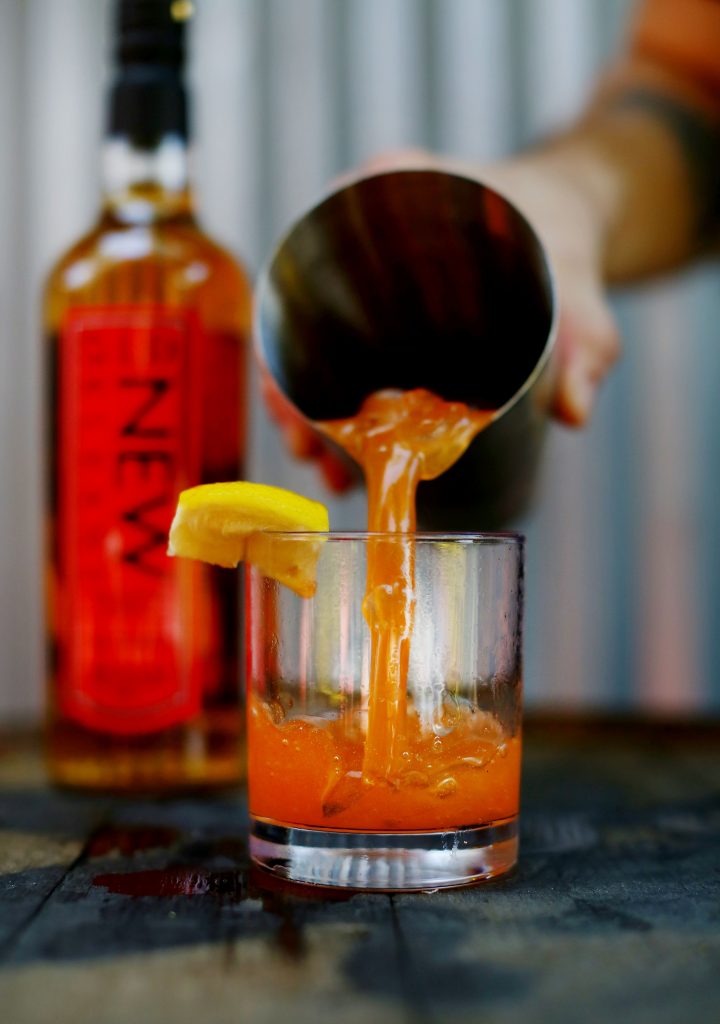 From the oldest distillery in the states, today I’m tasting Old New Orleans Cajun Spice rum. So far I’ve only tasted their Amber, and it was definitely interesting to say the least. With this rum, it is 2 for 2 so far for interesting rums. But read on, because you just might love this one.

The Cajun Spice Rum is one of our most popular rums. Unlike many spiced rums, rather than creating a syrup and blending it into our rum, we take the popular baking spices: cinnamon, nutmeg, allspice, cloves, ginger, vanilla, chicory and cayenne and create, essentially, a tea bag and steep our rum in the seasonings for 4-6 weeks. Producing a flavorful, but delicate bodied rum. This rum is really great in not only holiday cocktails, but in tiki-inspired cocktails.

*Honestly, this could be anything. The rum itself is smooth and drinks well. I have friends who will only drink this rum. But if you just don’t like ginger (ME) then you just won’t like this. 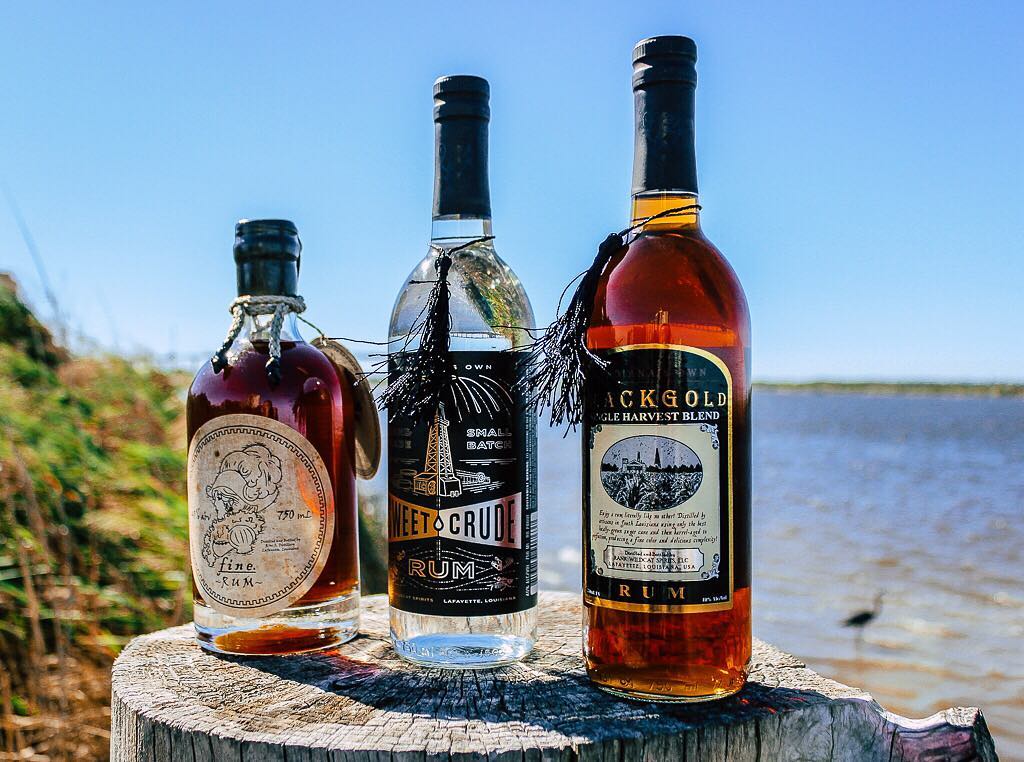 The second offering out of Rank Wildcat Distilleries, Black Gold is a pretty middle-of-the-road rum, but is produced a bit backwards…

Black Gold Single Harvest Blend is aged with hand-charred American white oak staves harvested from whiskey barrels. […] Think of it this way: instead of putting the rum in a barrel, they are putting the barrel in the rum! After close monitoring, when the staves have done their job, the rum finishes its maturation in 10 gallon barrels. In a matter of months rather than years, the product passes the distillers’ standards, taking on wonderful flavors and hues from its interaction with the wood. Hints of pipe tobacco and vanilla.

Black Gold is, I believed their Sweet Crude Rum, aged with oak staves for a period of time. Aging with oak rather than in oak, quickens the aging process and partakes a stronger color and flavor in a shorter period of time. I will make sure to follow up at some point with a direct comparison of Sweet Crude to Black Gold.

Update: I brought a bottle to my Cuban family’s Easter party, and my Uncle could not get enough of it! Said it was the best rum he’s had in years, and knowing that he prefers a lighter body rum, it makes sense.

*The closer you are to Lafayette, the easier it is to find. 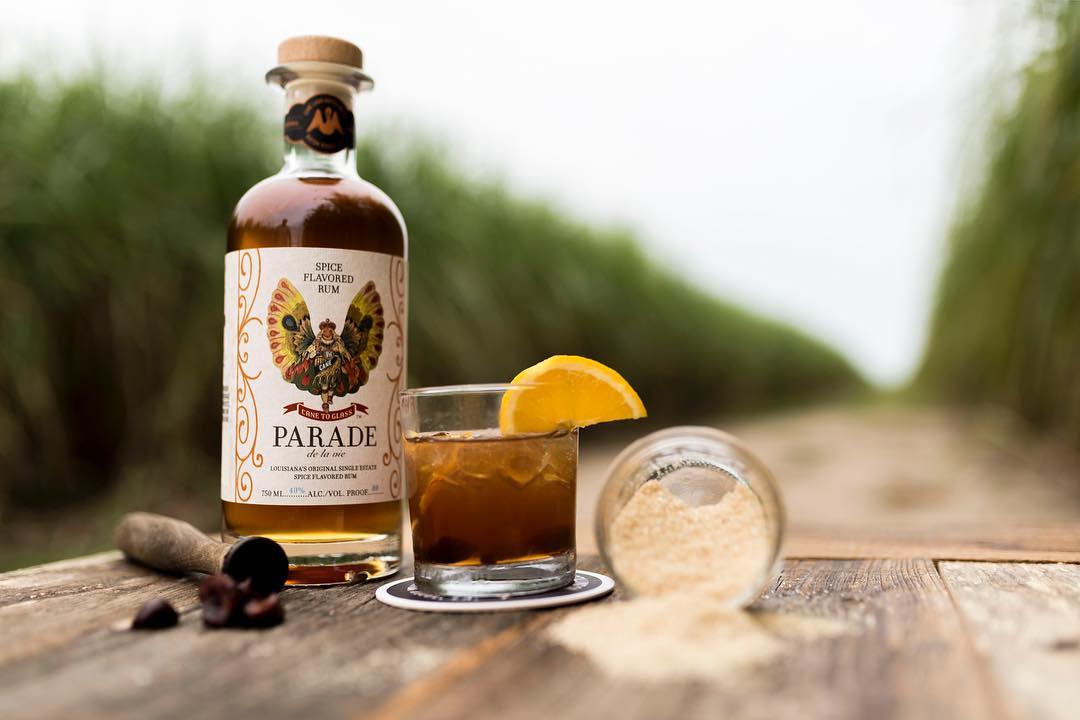 Ok… now that I got that out of my system, let’s talk about how damn good this rum is.

Parade Spiced Rum is the infusion of Alma Plantation’s terroir with a subtle medley of botanicals, creating Louisiana’s Original Single Estate Spiced Rum. You may notice hints of Seville orange, vanilla, and raw sugar when drinking it neat, in a cocktail, or our favorite, “Spiced on ice.”

Hailing from Baton Rouge’s own distillery, Cane Land Distilling, comes Parade Spiced Rum, a beautiful, cloudy, caramel colored spirit. Spiced rums can be hit-or-miss, created either using additives to cover up a sub-par rum, or, in this case, using spices to create a wonderfully layered and enjoyable sipping rum.

Send Us Your Suggestions
Reviewing Rums from the Bayou State
Loading Comments...